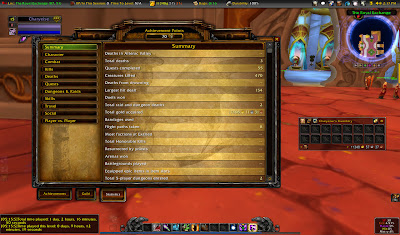 I never did level her to 20, which I think I would do if I were starting characters on a new realm.  That way she could make a lot more gold, which would be nice if there were several leveling toons on the realm.  So while the time goal of under 3 hours/week was met, the financial goal of 1,000g per day was not.  Still, I find myself quite content with the results :)
Posted by Imraith Dos Santos at 5:45 PM